Open letter to Minister of Health 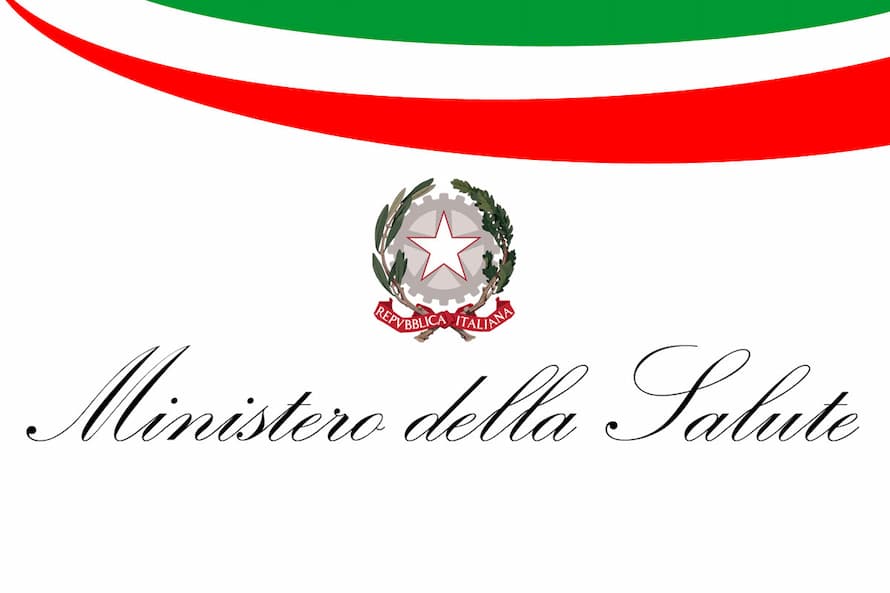 Authors of this letter, as members of scientific societies that developed the Tobacco Endgame Alliance in Italy (see: tobaccoendgame.it), request the position of the Institutions in the address on the relationships between medical scientific societies and tobacco industry.

The 2018 congress of the Italian Society of Angiology and Vascular Pathology (SIAPAV) was sponsored by Philip Morris International Science. Moreover, a Philip Morris International (PMI) stand was at the exposition area of SIAPAV congress. Something similar happened at the 2018 National Congress of the Italian Society of Toxicology (SITOX). Finally, at the 2018 Congress of the Italian Society of Odonto-Stomatological Surgery (SIDCO), the Head of Research and Development of British American Tobacco (BAT) gave a speech on the new BAT heated tobacco product.
Are we in the presence of an offensive of the tobacco industry in Italy?
PMI and BAT try to get directly into the medical debate, financing medical conferences. While they keep on selling combustible cigarettes worldwide, PMI and BAT make themselves the champions for a smoke-free world, in which combustible cigarettes are replaced by their heated tobacco products that are promoted  as a tool for harm reduction strategy. To do so, they require collaboration with physicians in the first place.

Is the meeting between health professionals and tobacco multinationals, whose profits derive from promotion and sale of harmful products, justified in terms of public health, medical ethics, or in legal terms? What does the Framework Convention on Tobacco Control tell us about it? Are there precedents, in the history of alliances of this kind? with which results?

Arguments and commercial interests of the tobacco industry

Tobacco industry claims that new heated tobacco products are safer than combustible tobacco products and wants to promote the shift of smokers to such less toxic products. Tobacco industry therefore proposes a public health strategy, aimed at reducing health damages due to combustible tobacco, and aimed at accepting the damage, presumably lighter for smokers, to keep on with nicotine addiction.
This way, tobacco industry, with the help also of health professionals and thanks to a favorable regulation in Italy, would expand the new market of heated tobacco products, without – on the other hand – abandoning its main activity, that is the sale of combustible cigarettes.

Although Authors of this letter look with interest at any effective intervention for reducing tobacco epidemic, they also look at the majority of the general population, that are girls and boys who have not initiated smoking, adult non-smokers, and those who have successfully quitted. There is evidence that electronic cigarettes and heated tobacco products are gateway to nicotine addiction (Liu et al., 2019A; 2019B). For former smokers, who are more numerous than smokers, these products could determine relapsing in nicotine addiction (Liu et al., 2019B). The Global Youth Tobacco Survey (GYTS) recorded that in Italy there was a stall from 2014 to 2018 in adolescents aged 13-15 years old who reported to be current combustible tobacco cigarette smokers, from 23% to 20% in 2018, whereas there was more than a doubling of current use of electronic cigarettes, from 8% to 21%. Taking into account dual users, there was an increase from 26% to 28% in 2018 in the prevalence of users of at least one nicotine product (electronic cigarettes and/or combustible tobacco cigarettes).
Regarding smokers there are many areas of uncertainty: in Italy, for example, unlike other countries, electronic cigarettes have not worked as a real alternative to tobacco smoking and their use, rather than alternative, is complementary: most consumers of electronic cigarettes are dual users, because they keep on smoking traditional cigarettes (Gorini et al., 2017).
For these and other reasons, we would like to provisionally conclude that the harm reduction strategy is currently a marketing strategy rather than a public health strategy in Italy. Health professionals should certainly discuss it, but with independent experts, such as public researchers who do not have conflicts of interest.

Is the participation of representatives of the tobacco industry in medical conferences justified on a legal basis?

Article 1 of the Legislative Decree 16 December 2004, n. 300, that is the transposition into Italy of the European Directive 2003/33/EC in the field of advertising and sponsorship of tobacco products, defines sponsorship as follows: “any form of public or private contribution to an event, activity or person having the  direct or indirect purpose or effect of promoting tobacco products.”
Scientific societies dealing with health effects of tobacco smoking have the right and the duty to discuss the safety of new products, their effectiveness for smoking cessation, and harm reduction strategies. But is it legal that the discussion is driven by the tobacco industry, which is clearly in conflict of interest? According to the guidelines of the Italian Agency for Regional Health Services that oversees the program of continuing medical education, “sponsor” is a private entity that provides financial resources, products or services to a provider through a contract, in exchange for spaces of advertisements or promotional activities for its brand or products. Anyway, the sponsorship in the context of continuing education for health professionals has important limitations ruled by specific regulations: continuing education has to be  free from commercial interference with health area. Can sponsorship by tobacco industry be free from commercial interests?
There are serious concerns about the legitimacy of tobacco industry participation. The institutions in charge, first of all, the Agency for Regional Health Services and the Ministry of Health should dissolve these concerns.

Are tobacco industry sponsorship of medical conferences in contrast with to the Framework Convention for Tobacco Contro0 (WHO-FCTC)l?

The WHO-FCTC that Italy signed in 2003 and ratified in 2008, provides for the protection of tobacco control policies from pressures of the tobacco industry that should not intervene in the definition of such policies. The Convention enshrines this principle in Article 5.3 which binds Parties to protect tobacco control policies from commercial interests of the tobacco industry, guaranteeing specific measures to prevent the industry’s attempts to exercise its own economic and political influence. We are aware that in Italy tobacco companies and electronic-cigarette producers finance foundations linked to political parties. Instead, at least scientific research should be protected from an influence that, in history, was proven to be fatal. Do  not forget that scientific researches generate figures that allow policy makers to decide (see on this point the guidelines for the implementation of Article 5.3 of the Treaty).

Are there any problems with medical ethics?

Article 57 of the Italian Code of Medical Deontology provides for the prohibition of legal aid for commercial purposes. A physician or a member of scientific or professional associations does not grant advocacy for promotional advertising aimed at promoting the marketing of health or other products. In this case, during a medical congress it is allowed to advertise products through which consumers inhale nicotine, that is addictive, and toxic substances, even though at lower levels compared to combustible tobacco cigarettes. Should not the National Federation of Medical Orders, which has the duty to monitor the compliance with the rules contained in the Code of Medical Ethics, take a position on this issue? Could not the National Bioethics Committee express its opinion on this issue that has such great importance?

Are there precedents in the history of tobacco of alliances between tobacco industry and health professionals?

Physicians have been the subject of constant attention from the tobacco industry. A 1930s advertising reports this text: “20,679 doctors say: the Luckies are less irritating! “, with the face of a physician with white hair and a reassuring smile, wearing a white coat. American Tobacco industry used this image and the doctors’ alleged opinions to link its specific tobacco curing method to the supposed cough protection due to smoking its cigarettes. In absence of evidence that its tobacco curing method was better than those used by other companies, American Tobacco made this bold claim, attributing this opinion to physicians. Later on, the newcomer Philip Morris began regularly publishing  advertisements with the claim of no more cough in smokers the doctor had advised to switch to Philip Morris cigarettes. Then the Camels advertisement recited: “Doctors smoke Camel more than any another cigarette ”. The relationship became increasingly closer, to the point that tobacco companies financed conferences where hundreds of doctors lined up for receiving free cigarette packets and where tobacco companies offered the conference participants relaxation in rooms with this label:  “enter: rest. . . read . . . smokes. . . or simply exchange a chat “(Gardner and Brandt, 2006). Do we want to revive these glories?
There are several reasons why “Doctor’s choice is people’s choice!”: wrongly or rightly, physicians are a model for healthy behaviours and have the authority to advise their patients to stop smoking. It is therefore no coincidence that the prevalence of smoking physicians anticipated smoking prevalence in the general population: when the tobacco epidemic curve is in the ascending phase, smoking prevalence among doctors is higher than that observed in the general population, and when the epidemic curve is descending, smoking prevalence among doctors is lower and they quit smoking at a higher rates. In Italy smoking prevalence among physicians is over 20% and among family doctors it could be even higher than 30% (Gallus et al., 2016), while in the United States it is around 4%.

Scientific societies that accept funding from tobacco industries run a serious risk of losing their own  independence by associating, even with the best intentions, to a very rich sponsor, whose income is generated by the proceeds of an activity that causes more than 70,000 deaths per year in Italy (Gallus et al., 2011).
We are unfortunately in a regulatory vacuum, because the dynamism of the market has found the regulatory entities unprepared. However, in our opinion, a general regulatory framework and some already existing principles can help institutions receiving this open letter to put an end to this attempt to pollute the medical scientific training.
The Mario Negri Institute, in collaboration with many Italian experts on tobacco control, has already published a statement, signed by many scientific societies and institutions, in order to highlight the importance of the independence of research from tobacco industry (Gallus et al., 2018).
As Tobacco endgame promoting group (tobaccoendgame.it), we ask these questions and solicitations to the Minister of Health and to the other Institutions in address, in the conviction that it is necessary to put an end to this phenomenon. It is important to require to scientific medical societies to include in their statutes and regulations incompatibility with the tobacco industry (as the Italian Society of Tabaccology [SITAB] already did in 2017), and establishing an Observatory to monitor attempts carried out by the tobacco industries for undermining independence of health professionals. 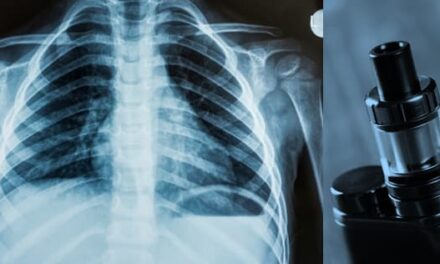 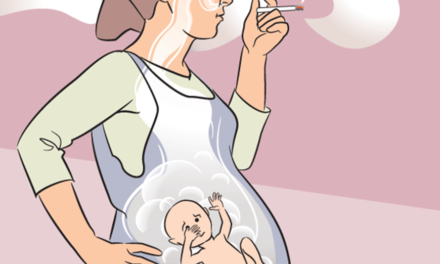 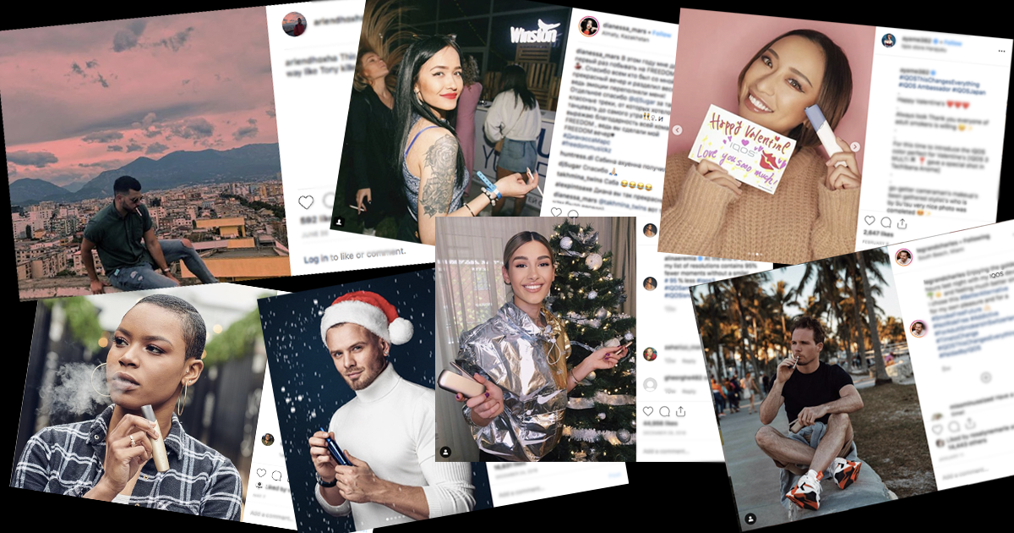 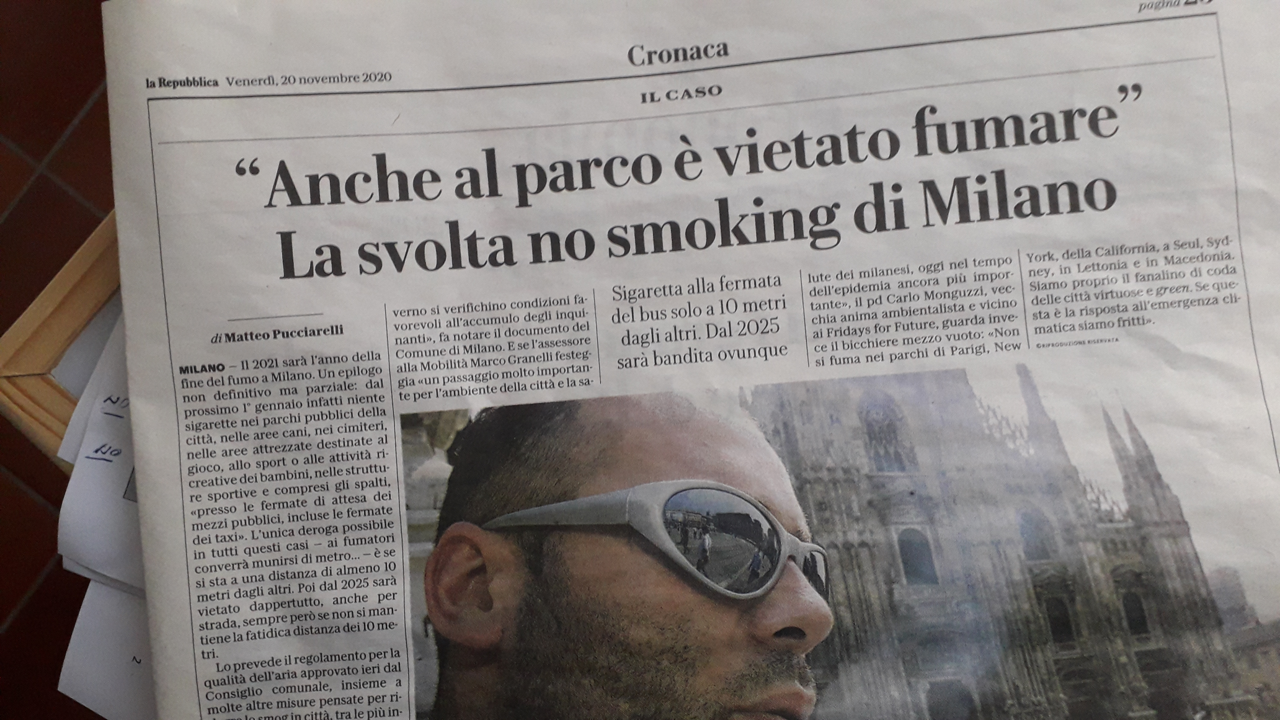